The By Lawyers Contract of Sale of Land for Victoria is gaining more fans among Victorian lawyers and conveyancers all the time, as it simplifies the conveyancing process.

For those still wondering what all the fuss is about, you can read below Seven reasons to use the By Lawyers contract – or you can listen to this lively and informative podcast:

Seven reason to use the By Lawyers Contract of Sale of Land:

The By Lawyers Contract of sale of Land is available to LEAP users and By Lawyers subscribers via the Conveyancing & Property – Sale matter plans, or for purchase on the By Lawyers website. 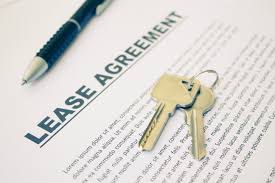 A lease of land is essentially a contractual relationship between the landlord and tenant. The lease also creates a proprietary interest in the land in favour of the tenant and the tension between contractual and proprietary rights has been reflected in the law relating to termination of the lease for breach by repudiation. See Progressive Mailing House P/L v Tabali P/L [1985] HCA 14.

As a contractual relationship, the law allows the parties to negotiate the terms of their agreement in relative freedom, subject to limited restrictions in relation to illegality and the like. This freedom presumes that the parties are of relatively equal bargaining power, as the freedom to negotiate is of little value if one party has relatively little power within the negotiations. And yet the three fundamental contractual relationships that occur in day-to-day life – buying, borrowing and renting – have rarely involved parties of equal bargaining power.

Vendors have traditionally been protected by the doctrine of caveat emptor, lenders by the requirement that any amount claimed be repaid before a complaint is heard and landlords by the ability to dictate the terms of the agreement. But the world has changed in the last 50 years and the age of the consumer means that vendors have pre-contract disclosure obligations, lenders are subject to consumer credit codes and tenants are provided with statutory protection, such as the Residential Tenancies Act and the Retail Leases Act.

One area where the ability of the landlord to dictate the terms of the lease has been removed is the area of the landlord’s legal costs associated with the lease.  Traditionally, the lease prepared by the landlord for signing by the tenant would provide that the tenant is to pay the landlord’s legal costs relating to the lease.  Such a contractual provision is now statutorily prohibited in the residential and retail markets and, whilst still prevalent in commercial and industrial leases, is now more often subject to negotiation by a tenant exercising bargaining power in the face of an awareness that such obligations are not ‘set in stone’.

It is normal that a tenant who sells a business and seeks an assignment of the lease to a new tenant will be required to bear these costs and general condition 7.6(b) of the LIV May 2014 copyright contract of sale of business adopts this view, correcting a reversal in the previous LIV contract.

If, as part of the assignment, the incoming tenant requests a variation to the existing lease, such as by way of the addition of further terms, the landlord is effectively able to recover the landlord’s costs in agreeing to such a variation within the broad scope of the consideration of the application to approve the assignment.

However, a landlord must exercise caution in the situation where the outgoing and incoming tenants agree that the landlord will be asked to enter into a new lease with the incoming tenant. If the landlord agrees, the new lease is a retail lease and the landlord is prohibited from claiming costs and cannot rely on the ‘assignment’ exemption. The prohibition on key-money (s 23) would appear to prohibit the landlord placing a premium on consent and a landlord may therefore find itself agreeing to a new lease at its own cost. However, the landlord is able to negotiate the terms of the lease, including rent, and may therefore be satisfied to enter into the new lease notwithstanding costs are not paid by the tenant.

Renewal creates a new lease and the general prohibition against costs applies. If the tenant also seeks a variation in addition to renewal, this is simply part of the negotiations and the landlord is not able to seek costs relating to those negotiations. Just as the landlord must recover its costs within the rent for a new lease, it must also do so if negotiating a variation upon renewal.